You might be surprised to know that methamphetamine use indoors can wreak havoc on your home’s interior, including its walls, furnishings and insulation systems. Get this assessed promptly by CPRNZ today!

How Does Meth Contaminate Surfaces?

Smoking methamphetamine is the most common way in which meth can contaminate surfaces in your home or commercial residence. When the drug is smoked, it is heated and ultimately turns into a vapour. Any vapour that is not inhaled by the user will drift until settling on walls, furniture, floors and other internal fixtures. What is left on surfaces is known as meth residue, and in small amounts, this residue is mostly innocuous. However, if meth smoking is a common occurrence on a property, then this residue will grow exponentially, which can be a massive problem.

Dwellings that have been used to manufacture and produce the drug have a massive issue with this type of contamination. This is because the process involves the use of heavy metals, which precipitates the release of toxic chemicals and carcinogenic hydrocarbons. Even with suitable ventilation, some of these nasty toxins will remain, eventually being absorbed into your furnishings, upholstering and walls. 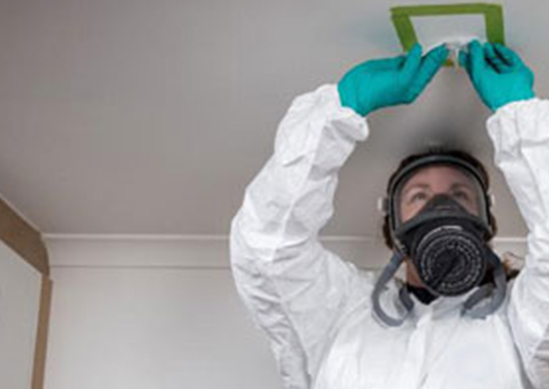 Manufacturing meth in a dwelling will lead to a more potent concentration and accumulation of meth residue; however, even recreational use of the drug can cause moderate problems. For people living or working on the property, the presence of the chemicals can cause a variety of health issues. On top of the noticeable health concerns, meth contamination is often responsible for profound environmental impacts. For example, for every kilogram of methamphetamine produced in a lab, there is approximately 7-10kg of toxic waste. Consequently, methamphetamine testing services are vital to the health and wellbeing of those employed/living in the property, as well as the surrounding natural habitat.

Areas That Need To Be Checked And Tested

When we test and inspect your home for meth contamination, there are several generic hotspots we will check. Sinks, bathtubs, basins, toilets and floor drains are some of the most common places to dispose of meth by-products. If these areas are not appropriately cleaned following disposal, then the residue can build up quickly and have adverse effects on those in close vicinity. Crawl spaces, chimney flues, vents, carpet, drapes, furniture and floor drains should also be assessed carefully. Outdoor areas can also be susceptible to contamination, like outdoor cooking areas and air-conditioning units.

The process of meth testing can be broken down into four key stages, which include testing and cleaning for possible contamination. At CPRNZ, we adhere to the following key phases:

In Phase 1, we’ll carry out some preliminary testing of surfaces on and around your residence, using our high-quality testing kits. These testing kits will reveal where contamination is present; however, it won’t reveal how severe the poisoning is. The package only registers a positive or negative result, so the degree of contamination is not considered.

If a positive result is registered, we recommend that you follow up with strict laboratory tests to pinpoint how severe the contamination is. Remember, some jurisdictions have a zero-tolerance policy, whereas others have guideline limits.

The sample we take will be analysed by a qualified testing facility to confirm the results of our preliminary testing. However, we can provide this entire service.

Clean-up services will then be administered, based on how severe the contamination is. Meth testing kits do not include any resources for cleaning services; however, disposable gloves should be used when cleaning.

The final phase involves re-testing (which we can do) to ensure that the clean-up process has been as successful as possible. If the tests return negative results (clear of contamination), then the residence is safe for re-occupancy.

Excellent communication and an absolute pleasure to deal with. Would definitely recommend Travis to anyone who is looking for professionals. Travis took on our job short notice and had paperwork returned very quickly! Thank you so much!

Your communication throughout from beginning to end was 100% amazing, honest and reliable. Thanks so much.

Thanks for the quick and thorough job.

Excellent comprehensive pre purchase property inspection report, far more detailed than we expected, it took all the guess work out of our decision. Friendly, efficient and super helpful team answered all our questions and more. I highly recommend Travis, Jinita and the team!